Lewisville Masonic Lodge No. 201 welcomes Magician/Mentalist/Illusioist CJ Johnson on Tuesday, December 28th, 2021 at the MCL Grand Theater. The show will be at 3:00 PM and ticket cost is $15.

The theater is located at 100 N Charles Street in Lewisville, Texas. For tickets or more information, please contact us at (972) 221-4321

C.J. Johnson, performs frequently in the Denton Texas area and he performs magic and hypnosis nationwide, with shows at colleges, in theaters and at the finest private and corporate events including in Denton, Texas.

He performs his magic show annually in the Main Auditorium at University of North Texas and Texas Woman’s University has used Game Shows To Go over 40 times as a regular part of their summer new student orientations. C.J. has also performed his comedy hypnosis show at both universities and has performed his Motivational Magic Show for many Denton public schools.

Providing Denton Texas with the finest in magic since 1986, Hypnosis since 1995 and Game Shows since 2003, C.J. is regarded as one of the Denton areas finest magical entertainers and is well regarded in Denton Texas’ magic community. 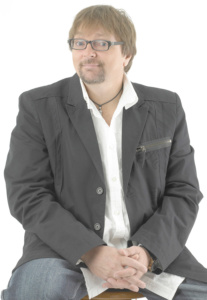 Our Garage Sale is scheduled for Friday August 11th and Saturday August 12th. Please look around the house and garage for items that you can box up and donate. If

The Annual Stonecutter Classic Golf Tournament will be held on Saturday May 7, 2016 with a shotgun start at 8:00am. You can Click Here to Register as a Player or on